Soccer is a favorite game of mine. I loved playing soccer as a child and as an adult so as a matter of default I became one the tens of millions of soccer fans from around the world. The game also brings back to me painful memories of exclusion, discrimination and bully behaviour.

A friend says I was “born an advocate” because I challenge the status quo. As a teenager, older relatives accused me of being a feminist – trouble maker –and disruptive. I hope so. For if asking to play soccer in high school with the boys league because there was not one for girls is advocacy, troubling or disruptive then so be it. And if being feminine and asking those questions makes me a feminist, then I wear the label with pride.

It all started as a young girl when I discovered that unlike other species, some humans picked on each other without any need to do so.   Unlike the animal kingdom, children do not have to fight each other for food, boys do not have to harass girls for reproduction and adults do not need to harm or destroy others for territory. They just simply do these things because they can – their boundaries limitless and their actions disturbing. It is an unusual architecture – fraught with fault lines and unstable foundations.

My cousins recall how I always stuck up for and included the “unlovely” – and at that time in history it included children with every attribute ranging from second hand clothes to a disability.   Later, when I was 18, I asked, along with an elderly widow lady, for the right to vote in my church. The labelling began in earnest. Who was this woman to dare to challenge tradition?

And so it was – a string of names to try and define the change agent: so that the question of capability or inclusion would not need to be addressed. Fuel to my fire – life continued with a series of “firsts” – first women in the area to drive a big truck, manage a large farm, publically talk about animal welfare, sit on boards (I spent many years the lone female), and challenge the school curriculum, the court system and my strict and rather uncompassionate religious upbringing. 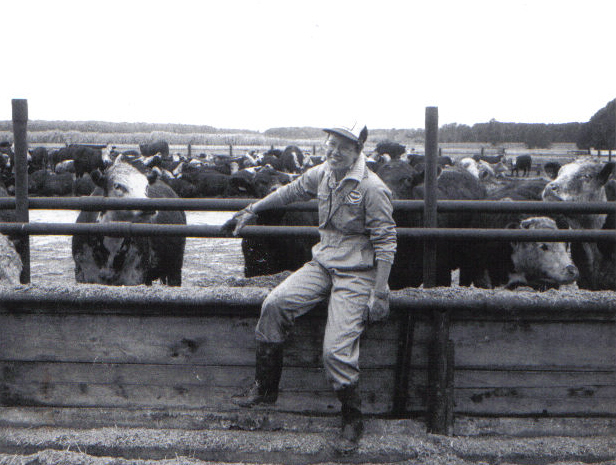 Me as a feedyard manager and cattle buyer in 1980

Change comes from a knowledgeable, integral seed based on core values and beliefs. For me, seeking permission to play soccer was as natural as breathing and I did so because I was an outstanding soccer player. Despite this capability, boys bullied me, teachers criticized and the school board was stoic. By the time a decision was made for inclusion I had long since graduated. Yet today my granddaughters play with boys and girls, women vote in my home church, women solely own and operate one third of Canada’s farms, animal welfare is formalized and gender balanced boards are desired.

The criteria to play or to pray, to learn or to lead, to work or to read, should not be based on gender qualification. The experience of another in the classroom, on our team, in our family or community is a mirror reflection of our core values and beliefs – our every action speaking volumes. My definition of gender equality is to stand up for the excellence of the other and in doing so we reconstruct the architecture of humanity one word, action or compassionate tear at a time. It is on this inclusive blueprint that we build a foundation for the future.