Was it something that he said or something that he did that took your breath away? Was it the Olympic medals or the 40,000 miles he rolled that made your heart stop? Perhaps it was the way he spoke – so powerful and positive or the energy of the moment shared with 1,000 other farmers that made you weep.  Just what was it that made Rick Hansen so amazing? To me it was his growing from being extraordinary to ordinary so he could be in the space of each and every one of us.

I had the privilege of visiting with Mr. Hansen before he spoke at the FCC Forum event. He was so incredibly genuine and interested that you just wanted to pull up a chair for the day. As my friend Bob Blair came into the event I quickly abandoned my space for Bob to have a good chat with Mr. Hansen. Rick knew about Bob and with a mesmerizing intensity they chatted easily about their lives. It was an important moment shared by two very special men. 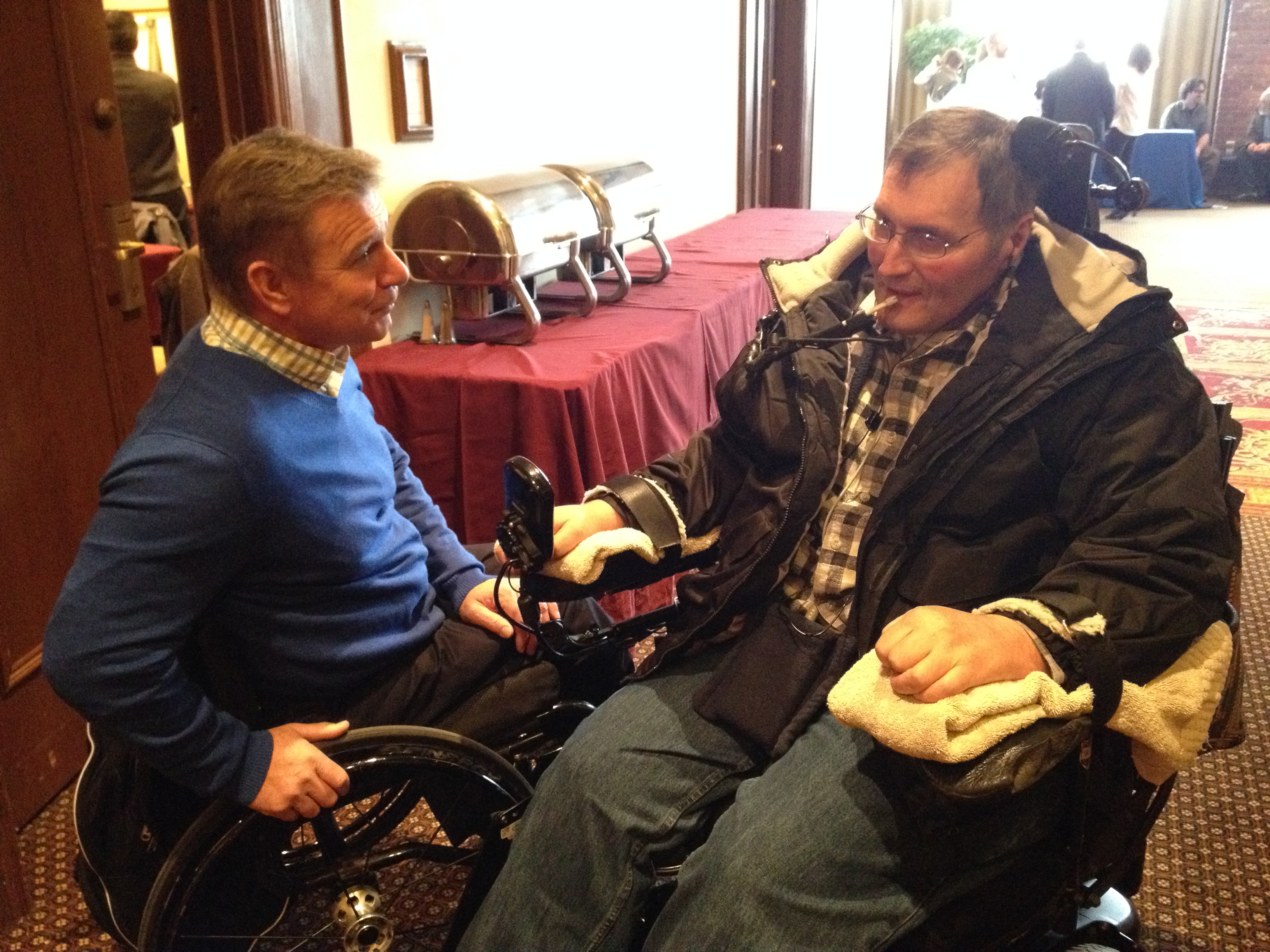 Mr. Hansen is an amazing speaker and I was encouraged and propelled by his words, his power and his passion. It was a message of doing best with what you have with joy and appreciation. It was also a message of building teams and surrounding yourself with the right people. Repeatedly, Mr. Hansen referred to his coaches and mentors. “It was mentors, people who invested in me and my goals,” he said, and then went on to talk about mentors who helped him, opened new pathways and guided him in important decisions. When the going got tough for Rick, and it often did,  a member of his team, a coach or a mentor would always remind him of the goal and of all the folks that believed in him. Wheeling around the world was just the beginning and they knew it. That team, those coaches and his mentors saw and believed that this man would be a symbol of hope and inspiration to the world. He was and he is.

“Everyone has a life and a limit,” he said but the final chapter is a long way from being written in Hansen’s life and he knows it. He also acknowledges that he alone did not change the way folks look at a handicap. “Looking back with gratitude, you realize that you don’t get there on your own,” he said. And, he knows that the fun has just begun as we look to an all- inclusive world for the disabled and to science that may one day have folks like Hansen walking again. Even though he would not trade his amazing life for the use of his legs, he does believe in a bright and fantastic future. More importantly he believes in and has lived the power of the human spirit, the generosity of communities, the capacity of teams and the value of mentors. “If we all just did our part … all things are possible.” Perhaps Hansen is not an ordinary Canadian in terms of accomplishment but he most certainly mirrors humility, honesty, caring – and gives all those he meets a sample of his “pure joy.” He is proudly Canadian – our neighbor and our friend.