It was a beautiful fall day in the Pampa region of Argentina.  Scores of green trees, the last of the seasons blooms, ripe soybeans and corn awaiting the harvest and cattle peacefully grazing.  In the little towns the café’s spilled onto the streets for café con leche, vino or perhaps a tall cold bottle of local cerveza.   Ships lumbered along in the ocean and the trees where filled with chatty birds.  And everywhere, the smell of Argentinian BBQ filled the air. 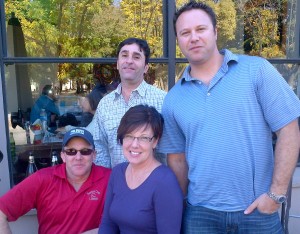 From the backseat of our car my Australian born friend Graeme was barking out a series of concerned cries regarding the driving of the locals.  This is a country where speed limits and road rules are “merely suggestions.”  Signal lights are ignored as are solid lines on the highway or street.  You are there to “drive” not diddle around with simple technicalities and although the police are very evident on the roads, we zoomed past them.  Graeme kept muttering in the back seat while Lawrence, my New Zealand born travel expert, kept silent, preferring to keep his thoughts somewhere near the pace of his heart.  I smiled, as this was after-all, a stroll compared to driving in India.

One cannot be in Argentina without feeling the history of the nation and at every turn the politics of the day spilled into the conversation.  Argentinians live with great pride and hurt with an old hurt. They hurt from war and of loss of lives and they hurt from political indifference to the opportunities within her borders.   City or country, poor and rich know that the root of Argentina is her agriculture.  The current restrictions on both travel and trade have again opened deep political wounds.  In Buenos Aires, the city pulsed with a modern, clean and romantic beat with conversation and tango spilling out onto the streets.  But deep inside and behind every monument and every wall there was a political edge.    The mothers of Argentina still march every Thursday in Buenos Aires’ central plaza to remember the missing and murdered children and husbands during the 1970’s while military with water canyons stand by.  But it is to the country that the city cleaves.  Even our lovely city guide was emphatic about Argentina’s true riches when she exclaimed “Agriculture is the most important economic driver in Argentina.” 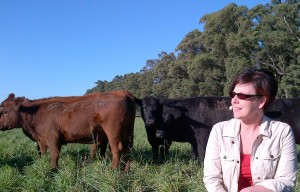 Brenda in pastures at Safico

Passion would describe the feeling of the people.  They are extremely friendly, city or country, and offer extraordinary hospitality.  Our overnight stay at Safico ranch was a view of the riches of the country in cattle, grass, crops and extraordinary ecosystems.  The conversation lasted long into the night and was roaring loud, passionate and intense.  Even the quiet walks through the fields, to view the exceptional cattle at La Pastoriza was based on an absolute passion for the land, the country, the cattle and the future of Argentina.   The stockmen  we talked to and the trainers of the world renowned Criollo horses we watched all exemplified passion in every step, turn, word and courtesy. 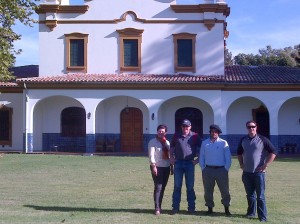 With Ricardo at La Pastoriza

The little town of Delores was on route to the port side city of Mar del Plata.  We stopped here for a late night beef and beer.  Young boys about ten years old were enjoying cola at the same street-side bar and we soon were engaged in a passionate debate on sports, without the advantage of knowing the language. As I fished in my bag to find Canadian coins, the men kept the sport conversation going.  Even the owner was soon in the game and as I handed over the last of my change, a tonnie, you would think it was a grand prize.  Smiling, we made our way back to the small but tidy hotel for a short night before another day of driving. 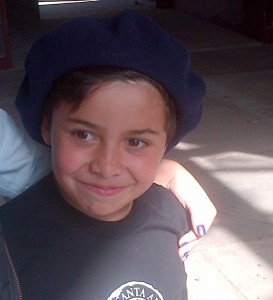 Most of the land holdings are very large but smaller farmers have the option to use the competitive cooperative system to market grains and beef.  Several visits to the largest cooperative in Argentina impressed me with their reach and grass roots focus on youth and education.  As one executive put it “All the cooperatives depend on the education of the new generation.”   And marketing solutions are most certainly needed, for farmers large and small.  Tradition is strong in Argentina especially in the cattle industry and fat cattle still take long, hot, open air rides to stand in the live auction in Buenos Aires at Mercado de Liniers S.A.   At this time the industry is also morphing from a grass fed base to grain fed feedlots.  The cow calf operations we visited were innovation and at La Pastoriza the next steps from genetic excellence was owning the cattle through to finish.   The farm and business of A Puro Campo,  included the processing and the retail shelf in their business plan.  They said they simply stopped getting bigger and started adding value, thus contributing real employment to the area.  This is difficult in Argentina but I was pleased to see that they did not own part of the beef shelf, they owned it all at the retail outlet of Accuario.

Post-secondary education is free in Argentina, giving men and women the opportunity for professional advancement.   And although in literature, Argentina is portrayed as a macho society, women hold their own.  Many professional women have their own city homes while their husband works in the country and many mothers are the owners and CEO of ranches or farms managed by their male progeny.   And in businesses we visited, the women most certainly held equal footing with the decisions of the men – although they were noticeably absent from table.

For the 30% of the population that is very poor, the role of women is much harder and they are often working outside the home.  And although education is free to all, the quality of education received by the poor is low compared to the middle class, thus condemning many women to an extended life of poverty.  Borrowing money is not an option with interest rates starting at 16% and inflation at 11%.
We stopped to visit with women vendors at a market in a town park.  It was for those women on a social program and they were given space and opportunity to sell their wares, such as handicrafts, food and even homemade liquor.   Graeme, Lawrence and I all bought a little something and enjoyed the lively exchange with these entrepreneurs. 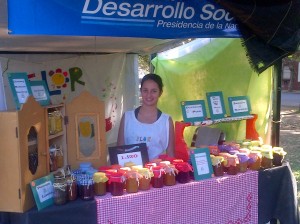 Compared to other industry in Argentina, farming is seen as a good business.  Even as agriculture faces policy threats in Argentina, the farm is attracting educated men and women and the role of women is increasing.  Those women with business, accounting or financial expertise are now in leadership roles and seen at the table with the male farmers.   As one farm leader expressed “the old farm is different than the new farm. The new farmer has studied.”

Hospitality abounds in Argentina.  From shop owner to executive we were greeted with genuine warmth and hospitality.  Coffee and food were always offered and through our very knowledgeable host and interpreter Miguel, we were able to build the story of agriculture and her people in this vast and varied country.   At the heart of Argentina – is a great passion for agriculture. 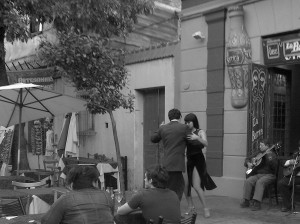 Tango in the streets

Authors note of appreciation.  This trip to Argentina was gifted to me for the extension of my work in agriculture by Leader Tours.  Lawrence is the group travel agent and sends folks from Canada to all corners of the earth through Leader Tours and Downunder Travel.  Together with Miguel they are growing the opportunities to share agriculture, cultural and business knowledge between Canada and Argentina.  My thanks to Lawrence and Jason at Downunder, to Graeme for his great company and to Miguel for the wonderful expression of Argentina.