Do you see the beauty in this photo? A women on her wedding day. Her life ahead and her dream of freedom in hand. Today this same women now aged 27 years is sitting in a Sudanese jail with her 20 month old son. She is eight months pregnant. Merium Yehya Ibrahim is alone, voiceless and trapped. Her crime is adultery as the state has ruled that as her father was a Muslim, her marriage to a Christian man is void. To ensure her dignity is further slashed, she has also been charged with apostosy – failure to change from her Christian religion. A judge has ruled that she will hang. 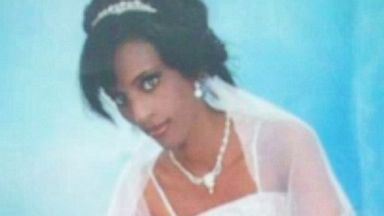 Martin Luther King said, “An injustice to one is an injustice to all”. And though Merium may be many miles from the place in which you live, she shares with you the same earth and the same sky. She shares with you the same dreams, the same love for her children and the same spririt of a women. It is in a free world that we can only gasp at such a threat to the sanctity of life with complete disbelief. But the free world is only an illusion for many women and girls. They face a terrible fate despite all their inner strengths and are often the silent voice because they do not legally exist.

We know who Merium is but the lack of identification for girls born in many parts of the world is likely one of the most inhumane practises on earth. Declaring a child non-existent handicaps her opportunities to garner an education and ultimately be self-supporting. I have knelt with women in the dark and silent spaces in which they work in different parts of the world, letting them know that as a fellow human being I cared. They knew it by my being there but no one knew their ages – and every person who “employed” them flicked the question off as irrelevant. They were there in body but were not registered and could not read their papers, even if they obtained them. 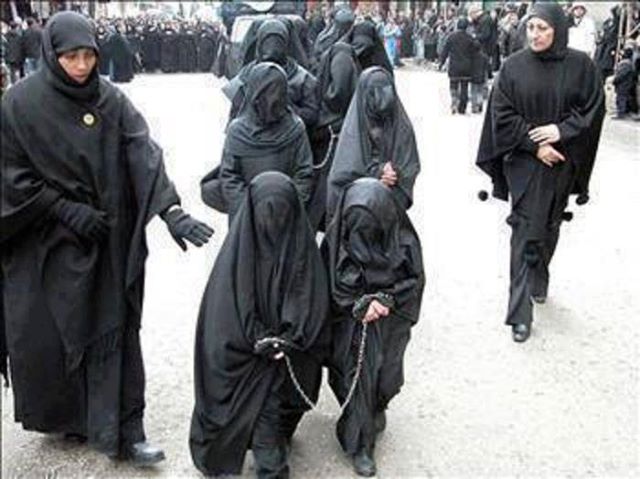 Muslim girls in chains being led off to meet their new husbands.

These are little girls, nine years old. They have not been charged with a crime but they are being sentenced for a lifetime as they are led in chains to meet their future husbands. If only they could read these words: “We love you girls as equal human beings and respect your right to education, safety and security. We strive for your world to include peace, dignity and literacy. May you live to read a book and write your story.”

The fleeting hope of literacy, felt by 65 million girls each day, is one of the greatest challenges we face on the globe. Literacy is the passport of the future for women and girls and the technical foundation for social and economic prosperity. This includes fundamental literacy and financial literacy in all countries. It is so powerful for women and girls that 300 of them took a risk in Nigeria to write their final exams even when they knew the danger. The risk may have cost them their lives or a life sentence as a slave wife. Because of this we must continue to rally our governments for a different outcome.

Withholding a female child from words and therefore killing her voice has huge social and economic implications. Literate girls raise the standard of living for their families. For every extra year a girl stays in school her income may increase by up to 25% and if only ten percent more girls had the right to education the GDP of a country increases by 3%. Education is powerful and freeing – and as young Malala Yousafzai says, “Education is the only solution.”