June was a time of celebration among the increasing strife within our world. With joy, we learned that Meriam Yehya Ibrahim had her death sentence overturned and her freedom granted. We advocated for her in these pages and although we may have just been one voice – it was a loud resounding choir as we joined with others against this injustice.

Just one voice. Just one woman. Just one hope. I am drawn to the women who have changed history and the girls who today are profoundly brave. It is these feminine voices who bring light softly to the world and hope to the oppressed. A bullet in the head did not silence Malala Yousafzai – it inspired her to speak for the education of girls worldwide and she remains resolved that books and pens are our most powerful weapons against illiteracy, poverty and terrorism.

The fear of this power has caused a resurgence of action against women. We continue to grieve for the many girls and women who have disappeared in Nigeria and around the world, including First Nation women in Canada. How is that we can empower women at this time when the fabric of their lives is being torn with oppression? The answer it seems is not only in us, but it is in our daughters.

Girls around the world are stepping forward guided by their core values and beliefs. They believe they can and will make a difference. Women in agriculture take note of young women such as Heleigh Prosser, a grade 8 science student from Colorado, USA, who proclaims her science projects have great value. “I believe that projects about livestock, mainly cattle, are very meaningful and have a huge influence on the world.” “Projects like this, and my previous projects, could all propose a theory that could influence the way cattlemen carry out a certain task or idea.” (Drovers, March 2013)

Human rights advocates such Malala are not alone. Every day, girls in communities around the world are coloring the world beautiful with their courage. The little girl who walked to safety with bombs attached to her body declaring that “I was not born to be a suicide bomber” and Nujood Ali who at age ten took on thousands of years of tradition – asking for and obtaining a divorce. The girl in a Canadian classroom who fought for a handicapped friend and stopped bullying in her school and Zhan Haite, the girl who challenged the status quo in education in China.

All these girls took a risk and were only one small voice. But one voice today is an echo tomorrow and a symphony the next. Girls do not believe they are subjects and were put on this earth to be denied. They do not believe they are stupid. They do not believe they are limited. If we all for just one moment had a fraction of the courage shown by the girls and women of today and the men that support them, we could chase fear into a dark corner and leave it there to starve: allowing us to feed ourselves and each other. Feed our tummies and our minds. Free our hearts and open our doors. Drink together from the stream of equality and, with a paintbrush guided by the hand of God, color the world beautiful. 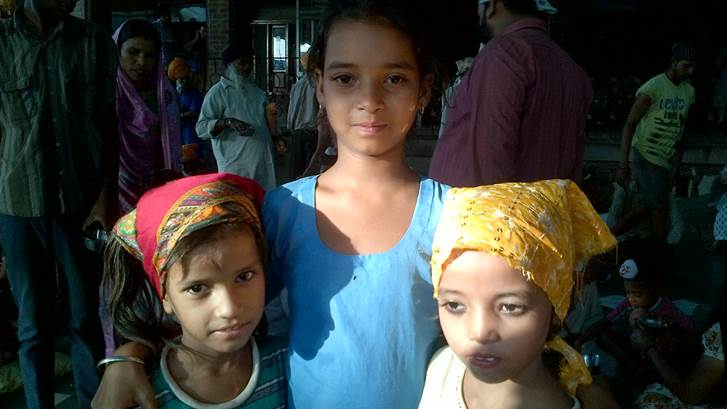 Girls around the world show tremendous courage and are the drivers of change.